When Were Antibiotics Discovered? 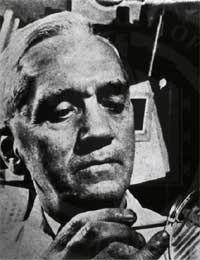 Sulphonamide drugs, which could be used to treat bacterial infections in people, were available from 1935 but the first true antibiotic did not come into widespread use until 1940. This was penicillin, which was actually discovered in 1928.

The discovery of penicillin by Alexander Fleming is one of the most famous stories in the history of science. It is an example of a discovery made by serendipity – in other words, by accident. Fleming happened to notice that a culture plate of bacteria that had been left lying around over a weekend had grown a mould. There was nothing unusual about that and Fleming was about to throw the plate away when he noticed that there was a clear area around the mould. He became intrigued when he realised that the mould was producing a substance that could kill the bacteria.

This led to further research and Fleming eventually extracted the active product from cultures of the mould. It was named penicillin after the Penicillium mould that had produced it. Although far from the purified penicillin we use today, this rough extract was still powerful enough to cure a few mice from a severe bacterial infection, suggesting that it might do the same in humans.

The First Antibiotics For Human Therapy

Fleming attempted to purify penicillin so that it could be used in more comprehensive animal and then human trials, but failed. Ten years later, three other scientists, Howard Florey, Ernst Chain and Norman Heatley, all working in England, finally perfected the method.

Penicillin could now be made in industrial quantities – and it was desperately needed because World War II had just begun. A drug that could cure bacterial infections in wounds was considered a major step forward. Unfortunately, England was so tied up with the war effort that there were not sufficient resources to set up large-scale production without help. A collaboration with centres in the USA was required and enough penicillin was made for treating soldiers who had sustained wounds.

In the early 1940s, a second type of antibiotic, gramicidin was extracted from bacteria that normally grow in soil. This was active against staphylococcus bacteria but was not well tolerated, producing many toxic effects. In 1943, an American scientist Selman Waksman extracted streptomycin from another soil bacterium and showed that it was very effected, even against the bacterium that caused tuberculosis. During the 1950s and 1960s several new classes of antibiotics were discovered and research in the last 40 years has refined and synthesised more.

When antibiotics were first made available to the public, a very great mistake was made. These oral drugs were made freely available without prescription. People took them as ‘cure-alls’, using them in ways that we now know carry a very high risk of generating antibiotic resistance. People would take antibiotics for colds, even though these are caused by viruses and provide no benefit. They also took antibiotics until they felt better, and then stopped rather than continuing for several days.

The first antibiotic resistant strains of bacteria were isolated in 1946, just six years after they were first used, a fact that illustrates the rapid nature of bacterial evolution. It should not have been a surprise because Alexander Fleming, the original discoverer of penicillin, warned that resistance would happen and suggested the use of antibiotics should be carefully restricted.

The Battle Between Bacteria And Antibiotics

In the last few decades, the battle between science and bacteria has gone both ways but, as we approach the end of the first decade of the 21st century, the bacteria are definitely winning. Resistant strains of bacteria are very common and have become the source of hospital acquired infections that are raging all over Europe, north America and Australia in the best hospitals and medical centres in the world.

Scientists are still trying to develop new types of antibiotic but, as fast as they are produced, bacteria develop strategies to avoid their effects. Antibiotic resistance seems to be here to stay.