Home > Bacteria & Antibiotics > Is it Possible to Develop New Antibiotics?

Is it Possible to Develop New Antibiotics? 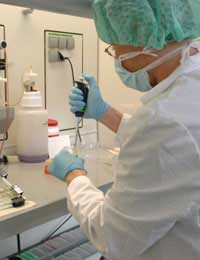 It is possible, yes, but at the current time, new antibiotics are being developed more slowly than at any time in their history. The pace of discovery was high in the 1940s and 1950s and efforts were renewed in the 1990s when MRSA became a problem worldwide.

In the late 1990s, Linezolid, a new class of antibiotics was developed and released for treating MRSA but resistance to it appeared just a few years later. In 2008, a company in the UK was starting to trial a new class of antibiotic that shows promise against MRSA, including vancomycin resistant strains. If successful, the new drugs could become available in the next two to three years.

Although smaller biotechnology companies are still searching for new antibiotics, the larger pharmaceutical companies have moved away from this type of work. In the economic downturn that is affecting the world towards the end of the last decade of the 21st century, even the pharmaceutical giants are seeking to develop more profitable drugs to stop their business going into decline. Antibiotics, because they are taken in short courses, are much less profitable than drugs for chronic diseases, which could be taken for years by just one patient.

One possibility is that new antibiotics might be extracted from plants. Bacteria can infect plants as well as animals and plants produce their own chemicals to keep bacteria under control. Many such substances are known to exist in plants, but few have been studied or exploited as potential antibiotics. The rainforest plants, in particular, are considered an excellent source of plant molecules that could have antimicrobial activity.

Some of the antibiotics we currently use were extracted from bacteria themselves. A class of bacterium that also produces molecules with killing activity against species of bacteria that are pathogenic in humans are the Archaea bacteria. These include the bacteria that live in hot springs and that metabolise hydrogen sulphide. A study of just one hot spring in the USA showed that this single site had 48 different species of Archaea bacteria and some experts think this represents great untapped potential as a source of novel antibiotics.

In the 1980s, a new class of antibiotics was discovered that act by disrupting the activity of a bacterial enzyme that sets off the production of RNA from the DNA template. This RNA template is used by the cell to make vital proteins. Myxopyronin has been shown to act in this way and to use this mechanism to prevent bacteria from making proteins, so killing them. Although some preclinical work has been done on myxopyronin, it has not yet been trailed in humans so is still several years away from being made available.

Within the last few years, a new form of antibiotic called RAMP – short of ribosomally synthesised antimicrobial peptides – has been in development. These short stretches of protein molecules fatally interfere with the cell membrane of bacteria. They were thought to hold great promise but then research revealed that bacteria could become resistant to them. Since similar short peptides are used by the immune system of the body to fight infections, it is feared that resistance to RAMP would generate bacteria that would be resistant to the human immune system. These virtually indestructible bacteria would be disastrous and the RAMP drugs will probably never be used.

Phages are not a new idea; Russian scientists have used them to treat bacterial infections for 60 years. Phages, short for bacteriophages, are viruses that infect bacteria. Lytic phages cause the bacteria they infect to split open, killing them, so have great potential as a biological antibiotic. There is currently much new interest in phages as they would be effective against the multiply drug resistant strains of Staphylococcus aureus that are currently such a problem in hospitals.