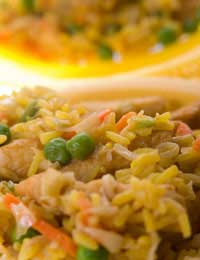 Karen is sitting in the waiting room of the offices of her local hospital, waiting for her medical history to be taken as part of an investigation into an outbreak of food poisoning. A month before Christmas last year, she attended an engagement party for friends of hers who had arranged a buffet and disco at one of the best hotels in Lincoln.

“I really enjoyed the party and had arranged to stay in the hotel on the Friday night and look around Lincoln the next day. It is a quaint town with a lovely cathedral that I had never got the chance to visit and I also wanted to do some shopping. I planned to drive home to my flat in York the next day,” says Karen.

The party was still in full swing at 1am but Karen started to feel a bit queasy. “I had been drinking some of the punch but had taken it very easy. I am not a big drinker of alcohol and I certainly wasn't feeling sick because of that.” Karen decided to make her excuses and go to her room, thinking that she was just tired. But about half an hour later she started vomiting and the sickness lasted for the next two hours..

“I felt absolutely dreadful and worse that I was in a hotel away from home. I just couldn't get out of the bathroom and my stomach was feeling sore and cramped,” recalls Karen.

She didn't realise, but 10 other people who had been at the party were also suffering from the after-effects of the party. Six of them had also experienced nausea and then violent vomiting in the early hours of the morning and the other four woke up with abdominal cramps and were then stuck in their own bathrooms unable to leave the toilet because of spasms of watery diarrhoea.

Prompt Action by The Hotel

Karen still felt very ill the next morning and had to phone through to the hotel reception to say that she was going to have to keep her room for longer as she was too poorly to drive home. The receptionist, having had several other calls saying the same thing phoned through to the on-call doctor who served the hotel, who came in two hours later.

“The hotel was really good. They have a good reputation and although they could hardly have wanted the publicity of a food poisoning outbreak, the management realised that they had better investigate the cause of so many people being ill. I know that some sorts of food poisoning, like E coli 0157 can be dangerous and the local health authorities need to be informed."

The doctor arranged for two of the people who had been the worst affected, including the girl who had got engaged, to be put onto a drip as they were becoming dehydrated by the severe diarrhoea. Samples were taken to be analysed by the local bacteriology department at the hospital. The hotel, fortunately, was fairly quiet and offered all guests who had been ill an extra night free of charge.

“Next day, I felt a bit weak but no other problems. I had a very light breakfast of dry toast and a banana and felt OK to drive home. Later that day, I was eating normally and was back at work the next day. It wasn't the best weekend I had ever had though...” says Karen.

Two weeks later, she received a letter asking her to make an appointment in the New Year to discuss what had happened as part of the follow up into the food poisoning. “Apparently, the buffet for the party had been done by outside caterers as the hotel were installing a new kitchen that weekend. They had made two large rice salads but these had not been refrigerated properly and had an overgrowth of the bacterium Bacillus cereus. I had developed the emetic form of the food poisoning this bug can cause, some of the others had got the diarrhoeal form,” explains Karen.

When the investigation is complete, the food company concerned could be fined heavily for negligence and for causing a serious outbreak of Bacillus cereus food poisoning.