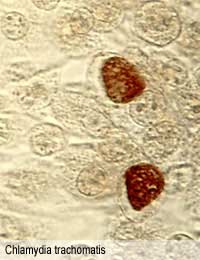 For many people it is surprising to learn that a bacterial infection can rob someone of their sight, but that is just what happens every year to 10 million people living in 56 different countries. In total around 140 million more people are infected and in danger of going blind. Globally, trachoma is the main infectious causes of blindness but it is entirely preventable and treatable.

Trachoma is due to an infection by the bacterium Chlamydia trachomatis, which spreads easily from person to person via personal contact, shared clothes or by flies. It is recognised as a disease of poverty – whilst very rare in the industrialised world, its worst effects are seen in the poorest areas of the developing world. In the poorest nations in Africa, over 40% of the population can suffer from trachoma. Children under five are very badly affected because they tend to touch their eyes when playing closely together, so spreading the infection. Women in poor communities are therefore also exposed to the bacteria more often than men and suffer blindness more frequently. Blindness in a mother spells disasters to many families.

Five stages of trachoma infection are listed by the World Health Organisation to help with early recognition of the disease. The earlier it is treated, the more the risk of complete blindness is reduced.

In the very early stages, bumps called follicles start to appear inside the upper eyelid. The bumps are usually very tiny and can only be seen with a magnifier. These foci of infection cause intense irritation and the second stage is typified by inflammation of the eyelid. The lids swell up and may start to invert, turning the eyelashes into the eye so that they scrape against the delicate corneal surface. In time, this leads to the third stage of infection, in which the eyelid becomes scarred on its inner surface. Turning in of the eyelids becomes more pronounced. Permanently ingrown lashes are a sign that stage 4 has been reached. This is intensely painful. The inflammation inside the eyelids continues to get worse and the grating of the inturned eyelashes severely damages the cornea, causing it to cloud over. In this final, fifth stage, ulcers also form on the cornea, and complete blindness is inevitable.

There is currently a huge effort underway to bring trachoma and the blindness it causes under control. SAFE – the practice of Surgery to repair damaged eyelids and remove the cause of further eye irritation, Antibiotic treatment to eliminate the bacterial infection, self-help advice to enable people in high risk areas to keep their Faces and eyes clean and Environmental measures to reduce the risk of spreading the bacteria – has made a lot of difference in the last few years. Many countries have cut down the level of infection and the number of cases of blindness dramatically.

Recent research has suggested that, as part of the SAFE approach, it may be sensible to use shorter treatment times for antibiotics to improve compliance and also to reduce the risk of generating antibiotic resistance. Currently, when trachoma infection is diagnosed in a community, the whole group of people is treated with azithromycin for three years annually to control the infection and to prevent transmission of the bacteria. This is difficult to do, because in rural areas it is not possible to be exactly sure who has been treated and who has not. Treating with only one round would be easier to do but would not be worthwhile unless it is effective. New trials are needed to be sure.